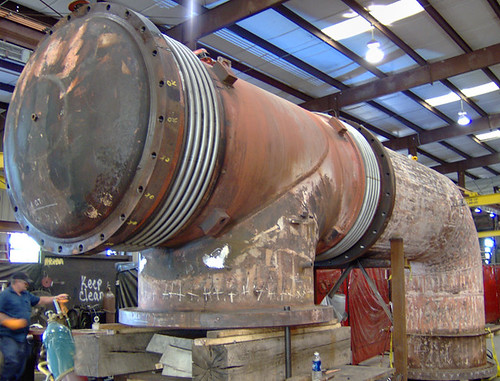 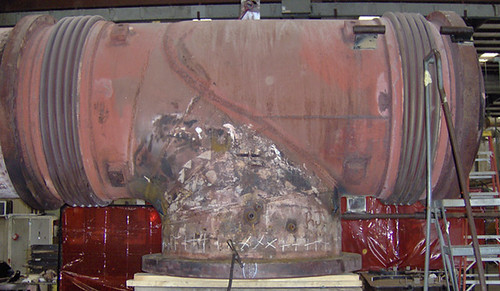 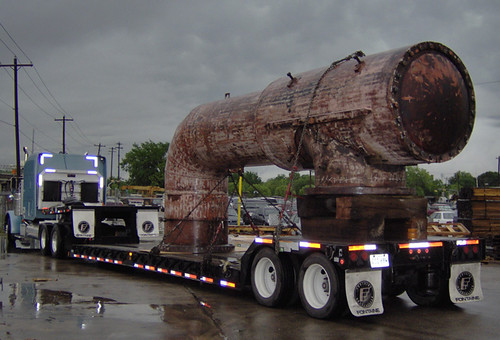 The first 54″ outside diameter expansion joint leaked from a crack in the bellows causing an unscheduled power plant outage.

This particular expansion joint was fabricated for a high pressure turbine crossover piping for steam service of 97 PSIG at 634°F. The 27′ long, 27,000 lb. expansion joint was refurbished in less than 4 weeks. This was made possible by utilizing dedicated employees working overtime 6 days a week. The 321 stainless steel bellows and carbon steel root rings were replaced. The outside cover bolts were removed and new bolts were installed.

The second expansion joint was also for a high pressure turbine that was replaced during a planned outage. This expansion joint came in on October 30, 2006 and was ready to ship November 20, 2006. Overall length and center line to center line length were maintained to ensure easy installation. Both expansion joints were dye-penetrant tested and hydro-tested at 146 PSIG.