** Turn up your speakers to hear the audio. Please be patient as the screen will become visible
shortly after the speaker begins the presentation. You may click the monitor icon below each
video to view the webinar in full-screen mode.

NOTE: PDH credits are NOT offered for our recorded webinars. 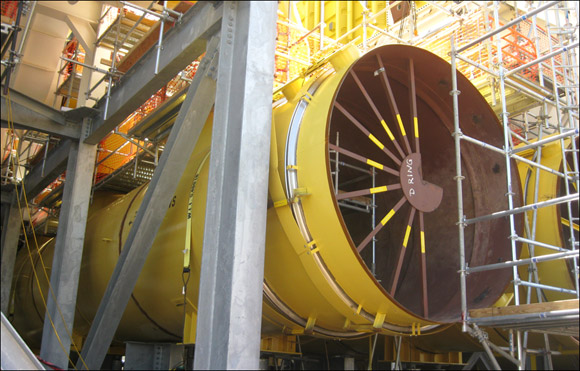 A total of twelve, 119″ dia. double slotted hinged expansion joints, thirty-six, 72″ dia. elbows and twelve, 119″ dia., 55″ long header ducts were fabricated for a power plant in Mississippi. The expansion joint assemblies were designed for .5° angular movement, 3/8″ lateral, 1-1/2″ axial compression. The design conditions were 5 psig at 300°F. The duct work was fabricated from A-36 carbon steel material and the bellows were fabricated from 304 stainless steel. A dye penetrant exam, soap and air test and spot x-ray on all duct seam welds was performed prior to shipping.

The burst test is primarily conducted on bellows. Normally, hydraulic pressure is slowly increased until failure occurs. Based on the burst test results, a safety factor is applied. This establishes the ultimate pressure rating.

The expansion joints were designed to facilitate any vibration and movement during the generator units’ normal operation.

U.S. Bellows, Inc. designed and fabricated this expansion joint exhaust assembly for an oil refinery in Texas. This expansion joint is offset for an offshore platform and weighs approximately 8,000 lbs. It has a design pressure and temperature of 1 PSIG and 1000 degrees, respectively. The air test was conducted to detect any leaks. 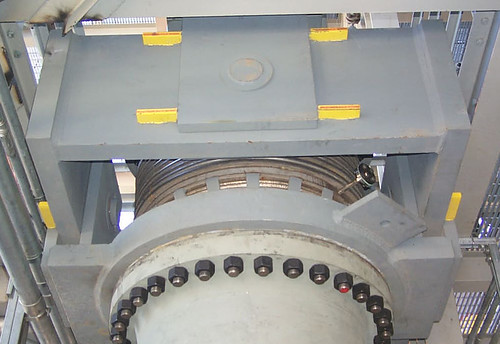 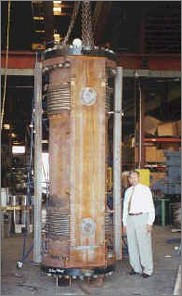 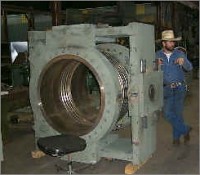 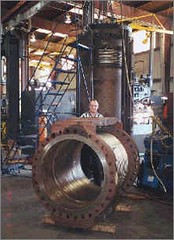